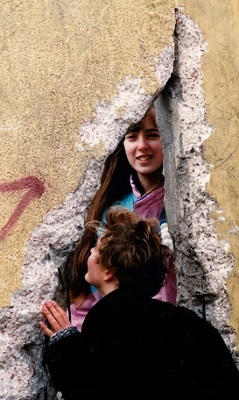 The trumpeter got Jericho’s walls to run out. Did a Swedish tenor in the church service give impetus to political isolation that would lead to the collapse of the Berlin Wall? As a result, he brought together Willy Brandt, then Chancellor, and the Soviet ambassador to Berlin – even in the opera house’s old age home. .   New eastern politics was spiked in the Helsinki Conference … END_OF_DOCUMENT_TOKEN_TO_BE_REPLACED 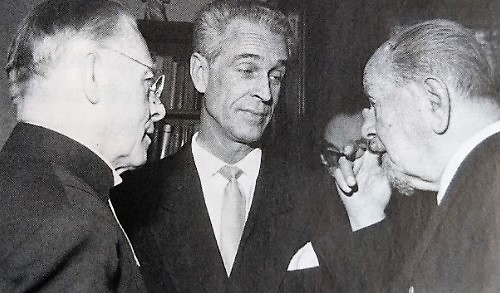 In 1521 Martin Luther was hid in the castle Wartburg on the cliff above Eisenach in Thuringia. He used the year to translate the new testament into German. Outside the assassin’s assassin cheated. Luther drowned the ink horn in the wall to believe there was the devil. Wartburg. Embedded image. Click to Wkipedia. In 1970 Wartburg became the place for such a fierce battle, between Carl-Gustaf Svingel and church dignitaries led by … END_OF_DOCUMENT_TOKEN_TO_BE_REPLACED

In 1930 Gustav Samuelsson, as his name was, was 16 years old. Just confirmed by the best friend’s dad, reverend Wallerius. Leaving school without good rating, perhaps for dyslexia. Becoming a priest stayed at a dream for the one who was provided by the parish. ”But it was forward he wanted, it was your most effort,” writes the friend since childhood, prostitute son Bengt Wallerius. ”He wanted to make a … END_OF_DOCUMENT_TOKEN_TO_BE_REPLACED

”Where is the ex-Hebert Wehner”? Nobody knew. The panic spread in Bonn this day, May 31, 1973. Günter Nallau , head of West German Säpo, Verfassungsschutz in Cologne, had just announced the suspicions that Willy Brandt’s assistant Günter Guillaume was Stasiagent. Federal Chancellor Brandt might know but he thundered you did not ask. The head of constitutional protection in Berlin bounced the request to his friend Carl-Gustaf Svingel, who always kept track … END_OF_DOCUMENT_TOKEN_TO_BE_REPLACED 6 December 1967 Haus Victoria.  Carl-Gustaf Svingel and Herbert Wehner with his stepdaughter Greta Burmester await for three hours at the German refugee negotiator, Wolfgang Vogel, lawyer. Instead, they get a telegram ”meeting for our call not approved”.Now it was serious. KGB and Stasi want to block prison purchases from the East unless they lose the spy champion Heinz Felfe from the West German prison. At the meeting on November 2 … END_OF_DOCUMENT_TOKEN_TO_BE_REPLACED

They turn Musketiere . The label was stamped on the worn pencils Olof Palme, West Germany’s  Willy Brandt  and Austria’s  Bruno Kreisky . The first two became Heads of Government in 1969, Kreisky the following year. Letter exchange  and meeting report show how the political map was drafted, both at home and internationally. It was the times of Social Democracy, with governments in most Western countries north of the Alps. But that was tampered with a … END_OF_DOCUMENT_TOKEN_TO_BE_REPLACED 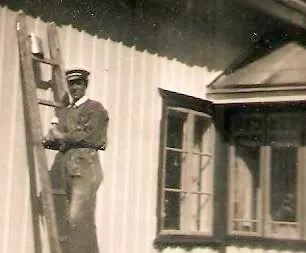 Carl-Gustaf Svingel’s 1940’s is like gluing an Etruscan vase.Fragment of memory images, a number of press clips. But they lack shards, which maybe not even his closest knew. Juan-les-Pins In early September 1939 Germany plunged Poland followed by a declaration of war from Britain and France. The Soviet Union penetrates Poland simultaneously and World War II is a fact. Why do not we know Carl-Gustaf Svingel in … END_OF_DOCUMENT_TOKEN_TO_BE_REPLACED The Swedish Victoria Assembly celebrated the 100th anniversary of June 2003 in Berlin’s cathedral, not far from the TV tower. The queen’s lemon yellow suit matches the tan. Next to her the king and German federal president Johannes Rau who listen to the archbishop KG Hammar. A crowded church is the powerful voice of opera singer Bengt Rundgren. It’s high to the roof, 115 meters up the top … END_OF_DOCUMENT_TOKEN_TO_BE_REPLACED The church of your childhood children went a line to the high-class. And that was the last place when Carl-Gustaf held concerts. The retirement home your Carl-Gustaf often took, first to his mother and in adolescence as a temporary residence. Perhaps this seed was sown to his life course? The orphanage half a mile south. Down the hill school where he entertained his comrades. Last maid Alma … END_OF_DOCUMENT_TOKEN_TO_BE_REPLACED